After lunch @ Harrods we went to the London Film Museum. We were supposed to be going to the London Eye but there was a massive queue and it was to hot to stand in line, 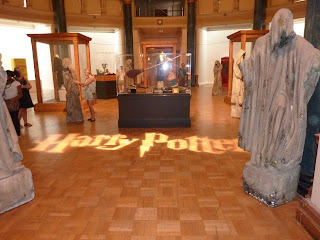 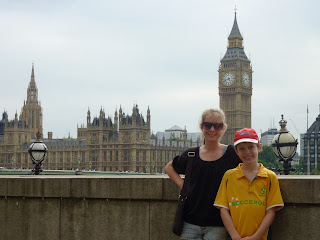 so we went to the film museum instead. Alex loved it because it had a Harry Potter section AND a Star Wars section. 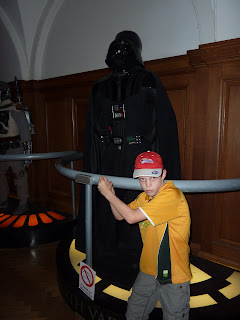 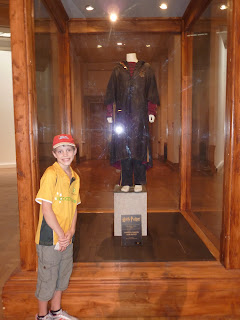 There was a statue of Marylin Munroe and gigantic chess pieces. There was the dinasour from Night at the Museum 2. It moved and Alex got a massive fright from it. Hahahahehehehhe! 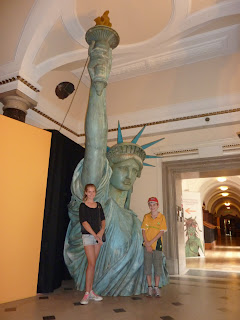 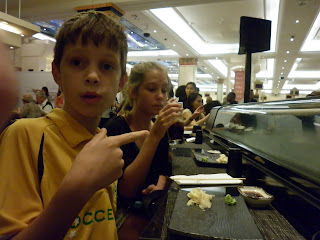 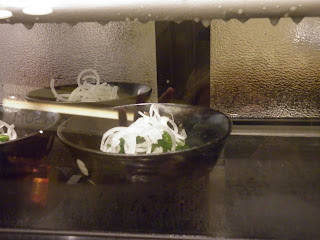 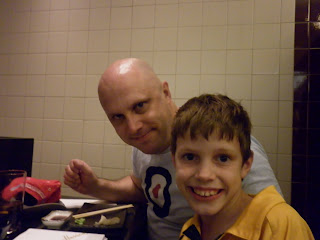 We went up into London yesterday on the train. After we'd arrived we went to Harrods for lunch and we saw a castle cake that was selling for £1195! We have a picture of it to but it isn't uploading sooo... We had real sushi for lunch and when we say that we mean like raw tuna and seaweed salad. Mmmm! It was yummy!
Posted by The Tuckers at 3:59 AM No comments: